Jo started dancing at a young age, she went to the Challis School of dance where she studied Modern Jazz before attending weekend performing arts schoolTheatreTrain at the age of 14.
Jo Studied Musical Theatre at Hertford Regional college and then went on to weekend classes at WAC Performing Arts and Media College where she trained in Modern Jazz,Contemporary and Advanced Singing.
At 18 she began teaching dance for TheatreTrain and Diddi Dance. Since then she has worked with various schools, dance schools and companies.
She has choreographed pieces for various events and shows including Glastonbury Festival 2008-2010, Electric Picnic (Ireland) Brighton Fringe Festival and “Zombie Prom”
Jo is a trained Arts Award advisor aswell as being a qulified teacher with the IDTA, allowing her to enter her students in their Street Dance examinations.

Fay started her dance training at 3 years old and has loved dancing ever since. Whilst attending the Suella School of Performing Arts she successfully passed exams in Tap, Ballet, Modern Theatre and National dancing.She also completed medals in Tap, From age 12 she joined various theatre companies performing in professional and amatuer shows. For the past 15 years she has enjoyed choreographing pantomimes and classical shows for local theatre companies. 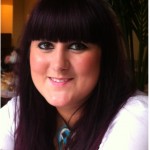 Corinna attended Ravenscourt Theatre School from the age of 5 until 16 where she studied all aspects of Performing Arts as well as attending a part time Musical Theatre School where she performed various musicals in and around London. She completed all her LAMDA examinations up to Silver Medallion. Corinna worked professionally as a child actor under Ravenscourt Management until the age of 18 when she decided to attend University to study her beloved Drama and Theatre Studies at degree level. She hopes to complete masters in the near future and to continue teaching her craft to children and young adults. 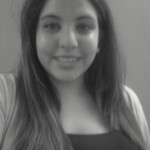 Lucinda started dancing at a young age. She attended Saturday Dance, Drama and Singing classes at TheatreTrain before going on to study A Level Dance in East London.
She started Fiction Dance as a student nearly four years ago before working her way up to become a teaching assistant.
Lucinda is very passionate about dance and hopes to become a qualified teacher in the future.
She is currently studying psychology at Kingston University. 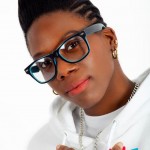 Aneka started dancing at the age of 11. She started teaching street dance in 2003 at performing arts school TheatreTrain. Since then she has gone onto teach in various primary and secondary schools. She has taught in Finland and held workshops in and around London.

She has experience in all aspects of street dance including: poppin’, locking, waving, krumping and break-dance.

She has been a member of and performed with Boy Blue Entertainment and Impact Dance Company. 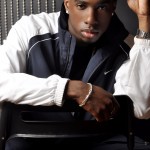 Since the age of 11 WackyRymel has taken part in many productions at various theaters and venues. After doing an ‘Artist Development Programme’ at Hackney Empire, 2004. He achieved greater confidence performing in front of large audiences and gained better knowledge in different dance styles. He is currently a dancer and poet.
He has performed at many venues such as: Stratford Circus, Stratford Town Hall, Mermaid Theatre, The Barbican, Fairfield’s Hall, Ocean, Hammersmith Apollo Theatre, National Theatre and many more. He runs his own dance group called EscenTrick.
His Biggest achievement was winning a competition on MTV, Good for the Hood. From this he has been able to do many things which include creating his own clothing line.